Cam Jones is a 6’3” 195lbs. defensive end out of Roosevelt High School in Sioux Falls, SD. As an incoming senior for the 2021 season, Cam has high expectations for himself and a dedicated work ethic. As a defensive end Cam is explosive off the line and makes pass plays miserable for opposing teams, disrupting most of them. His speed and agility make stopping the run and making plays just as easy. With his 3.0 GPA and commitment to constantly improving himself and his team, it comes as no surprise that Cam is also a part of the 2020 South Dakota 11AAA All-Star team.

What did football teach you about yourself of life once you began playing? What it taught me about life is that it’s not always going to be easy or fair and it’s mostly taught me a lot about myself. I’ve been able to do a lot of things I didn’t think I’d be able to do. Like when you have to push through the fourth quarter and you’re playing for the people besides you and the fans around you and you’ve just got to dig deep into yourself and realize how bad you want to be successful in your life.

Who or what has been your biggest motivation or role model in the sport? Definitely my grandpa. He’s a hard worker and he’s worked all his life. He’s 72 right now and still does side work and manual labor. And he’s been so caring as long as I’ve known him. I love playing for him, he’s always watching me and he’s my biggest supporter every day.

What is your favorite memory while playing the sport? It’s definitely got to be the Harrisburg game my junior year. It was their homecoming, and they were undefeated, and we were undefeated, and we were going against a Minnesota commit quarterback Jacob Knuth and he’s the real deal and that game was kind of my breakout game. I had three and a half sacks, it was Friday night lights, and that was my first experience when I realized “Wow I’m really in it now”. Just being able to get to him three times and win D-lineman of the game and get nominated for player of the week, I couldn’t have asked for anything better than that type of game and atmosphere.

Are you involved with any other sports or activities at school besides football and if so, how do you think those experiences have helped you on the football field? I’m involved in baseball and that honestly helps me with mental toughness because in baseball you’re going to fail a lot. The question I always ask myself is can I keep my composure on the mound or if I have a bad game hitting, can I bounce back? It really teaches me a lot about myself and how mentally tough I am.

Outside of sports do you have any hobbies or passions that you do in your free time and what about them do you enjoy the most? A hobby of mine every night, after I study and start winding down, is to get online and play some Fortnite with my friends. We still like to mess around and play it. We’re not gamers so we’re not playing it all the time, but whenever we have free time we’ll hop on and say you know what, lets just play for fun.

Do you have a favorite athlete, college or NFL, that you look up to? Oh it’s definitely got to be Lavonte David. He’s definitely one of the best linebackers in football right now, I’d say. He really flies under the radar and doesn’t make a lot of noise outside of the game, but when you watch him play he’s everywhere on the field, covering big tight ends like Travis Kelce and locking him up or he’s in the backfield getting a sack whenever you need him to and I just love watching him play.

What current player, college or NFL, do you think reflects your play stile the most? It’s probably Kayvon Thibodeaux from Oregon. He’s just a fast pass rusher off the edge and he’s going to get to the quarterback whenever he can. He’s not the biggest D-lineman on the field but he’s still going to give you everything he has and stop you in the run. He’s going to get to the quarterback almost every pass play and make that disruption.

For the 2021 season coming up have you set any personal goals and has your team set any specific goals for the season? So, for my team, we’re not really sure who’s on the team yet because the new school that is getting built is going to be taking a lot of kids from our school. As seniors on the team, we’ve had some heated conversations about it. Some people are saying “Oh well that school is nicer” but we’re going to stay at the school we have now, so our motto right now is “we’re gunna rock with it”. Whatever we have we’re going to bring it at you and if we don’t win state, that sucks, but we’re going to go out there every Friday and Saturday night and play football because we’re thankful for it and try to win state. As far as some personal goals for me, I want fifteen sacks. I had ten and a half last year and we had two games cancelled and then we didn’t get to play in the state championship game. So hopefully winning the state championship and getting a D1 scholarship somewhere.

What’s some advice you would give to younger players that want to play high school football one day? Just to give it everything you’ve got, every chance you get. I remember my freshman year like it was yesterday and once it ends it hurts for a while. Even if you get the chance to go play college football, you’ll never get a bond like you had in high school for those four years.

This past season was obviously very different with all of the Covid restrictions. What adjustments did your team have to make and how were you all able to overcome that? So, before the season started, I thought I was going to go as a receiver so honestly there was a group of us that every day, we would go work with some college corners and some other high schoolers around the area and we’d just work. We didn’t even know if we were going to have a season or not but me and my friends just worked and knew if we had a season, we’d be prepared for it. If not, we knew we could say we gave it our all in the off season and we’d be ready for our senior year. But honestly it didn’t really change much for us. We knew we were probably going to play and had to handle business either way. The only thing that kind of sucked is that we couldn’t have a tunnel to run out of. But that didn’t matter because tunnels don’t win you games.

Finally, what do you believe is the most rewarding part about playing the sport and being part of a team? The brotherhood you get from it. Every time I think about a football game or just sitting in the locker room you think about looking around at all your teammates and everyone getting ready, the pregame speeches and bus rides, you know, you don’t get those back. I would give anything to have one more go around with the seniors from this year, but you’ve just got to be thankful for what you can get. 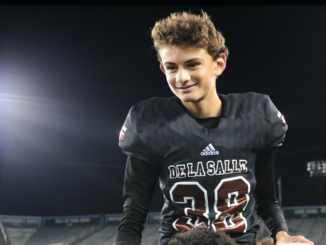 Diamond In The Rough: Ian Helmcke 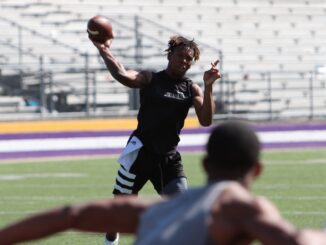 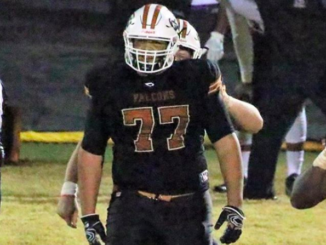