5-star dual-sport offensive lineman Devon Campbell plays for the Bowie High School Volunteers in Arlington, TX. He currently stands at 6’4 and is 265 pounds. He grew up playing on the defensive side of the ball and switched over to the offensive line this past offseason which grabbed the attention of many college programs. He has quickly become a top offensive tackle prospect in the 2022 class. He possesses smooth athleticism and has excellent fundamentals and footwork, some of which are from his background in playing basketball. In 2019, he earned Texas District 4-6A Offensive Sophomore of the Year. Campbell is certainly an offensive guard that could be a game-changing talent for whichever program he chooses. Devon has offers from Texas, LSU, Oklahoma, Alabama, Arizona State, Arkansas, Baylor, Florida, Florida State, Georgia Tech, Houston, Kansas, Miami, Missouri, Nebraska, Oklahoma State, Ole Miss, Penn State, SMU, TCU, Tennessee, Texas A&M, Texas Tech, Tulsa and Illinois State.

When did you start playing football? What made you want to play?

I started playing football around 5th grade. I was forced to play by my parents. I was only going to play basketball and basketball only.

I know you also play basketball and mentioned in other interviews that it’s contributed to the quality of your footwork. What motivates you to continue to play football?

I feel like football is the only way out for me. I can’t picture myself being happy doing something else.

I was reading through some articles about you and one of them said that you were a little apprehensive about playing on the offensive side of the ball. Now that you’re more accustomed to your position, what would you say is your favorite thing about it?

My favorite thing about being on offense is running down the field with skill players. It feels so good to run with them when they score. Makes me feel like I scored.

My only goal is to be better than last year.

I think the highlight of my career was my whole sophomore season.

What has football taught you about yourself or life in general?

That I always have to keep going. Football teaches me how to be disciplined and never give up.

What is your favorite thing about playing football in Texas? In the Dallas area?

The atmosphere. Under those lights is crazy. Definitely the crowd and the band.

With Texas having such a big football culture, what would you say it is like to be under that spotlight?

It’s crazy. You must be focused on on the task at hand under the lights.

Who inspired you as a young athlete?

I would like to say I inspired myself. I didn’t have any role models. Everything I do I put my own sauce on it.

What would you bring to a college team and what are you looking for out of one?

I’ll bring everything I got to a college team. I’m looking for whoever can get me to the next level.

What is your game day or pregame ritual? How do you prepare for upcoming games?

Play the game and hang out with the guys. That’s pretty much it.

Kinesiology. I’ve always want to have something to do with sports.

Are there any individual stats you are trying to chase?

Remain number one. That’s my only goal. 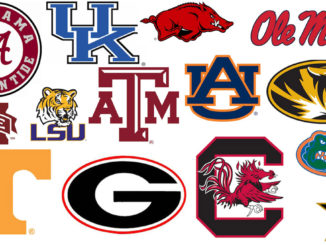