I want to start this article by saying Dylan Harris is an absolute beast.  This man is a huge wide receiver, listed at 6’6′ 210, who uses his sure hands and massive radius to secure catches. On top of being sure-handed, Dylan often gets leverage against defensive backs and runs through the first wave of contact. Dylan is one of the first players I have watched who is an absolute force on both sides of the ball.  He plays strong safety as a secondary position, where he makes plays on the ball using his experience as a receiver and man does this kid hit hard. At safety, he plays like a taller Kam Chancellor and at wide-out he plays Anquan Boldin.  If utilized properly, Dylan will have video-game like numbers this year.

How long have you been playing football?

I started playing football my 8th grade year, played until my freshman year. Then I took a break my sophomore year to focus on basketball and came back to football my junior year.

Are you still playing basketball, and what position do you play?

Yes sir, I’m like a small forward/guard. I’m able to get buckets in the paint. I also am starting to play baseball too: playing at shortstop, left field and a little pitcher.

How was last season?

Last season was pretty solid even though we came up short in the semi-finals. I feel like we could have won a ring.

What are you expecting going into this year?

What are some personal stat goals you have?

I’ve got to get a touchdown every game.

What would you say is you biggest accomplishment so far?

As a freshman, we got put out of the playoffs in the first round, so playing in the semi-finals was probably my biggest accomplishment so far. But getting there makes we want to do what it takes the get a ring.

Is there anyone who you model your game after?

Anyone who will catch any ball that you throw up. I don’t blame it on the quarterback if it’s a bad throw, I try to make a play.

What do you think you need to improve on the most?

I would say my footwork.

What do you like to do in your free time?

Practicing basketball and hanging out with the guys.

How often do you watch film?

I watch it every day.

How have you been staying in shape?

I’ve been running a mile every day.  I had to rehab my torn ACL during quarantine, so since its recovered I have just been running.

Are you still going to play on both sides this year?

Did you start at safety last year?

I started playing safety around the start of the playoffs.

What do you love most about playing football?

I love the environment of playing in those Friday night lights, hearing the fans screaming for you. Man, that just brings me chills and makes me what to play harder.

What do you think your best attributes are?

Obviously, my height is a big advantage. On defense my ball awareness and my physicality. On offense my ball skills, my ability to catch within a huge radius. No DBs can jump with me.

How do you get ready for a game?

I put my phone on do not disturb. I listen to some Eminem and Lil Wayne to get focused. I try not to talk to anybody, even at school, because I’m only focused on the game.

How would you describe yourself as a teammate?

As a teammate, I would say I am unselfish and a great leader. I would not ask anyone to do something I wouldn’t do.

What do you want to get out of playing high school football?

I never planned on trying to go pro when I first started playing, I just wanted to make it to college and get an education. But I definitely want to play college ball and if I get a chance, I would love to go play beyond that.

Are you going to try to play multiple sports in college?

Any advice for younger players?

You need to take the sport seriously.  You need to try to include yourself if you want to actually play.  It won’t do you any good to just be satisfied with wearing a jersey and sitting in the background. 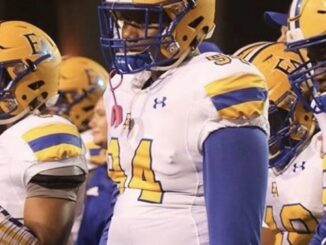 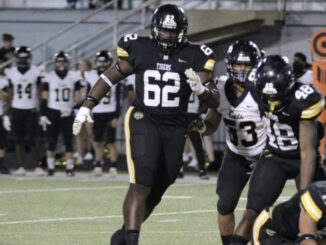 Diamond In The Rough: Enyce Sledge 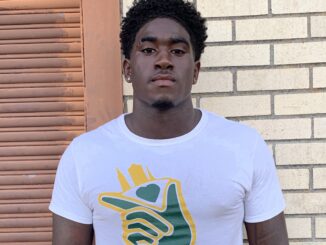 Diamond In The Rough: Cedric Brown