Tyler Quinn is a three-star defensive lineman out of football powerhouse, Duncanville High School in Duncanville, TX. He’s currently listed as 6’2, 270 pounds. In early 2019, he recorded a forty time of 4.9 seconds, shuttle of 4.81 seconds, and vertical of 27.40 inches. Quinn is a 2021 prospect that can catch and is an elite blocker. During his sophomore season, Tyler predominantly played tight end and shifted between defensive end and defensive tackle his junior season. As a junior, he helped Duncanville to a 15-1 record and second consecutive Texas 6A D-I state runner-up finish. Prior to 2018, Duncanville hadn’t reached a football state final in 20 years. During both his sophomore and junior season, Duncanville lost both games to Galena Park North Shore. The 2018 contest, which North Shore won, 41-36, on a 45-yard Hail Mary with no time on the clock, is considered by many to be the greatest finish to a Texas high school football state championship, a moment Tyler will never forget. Even though they have come up short in the last few seasons, the program has clearly established themselves as one of the best teams in the country, hence the high caliber of their players. Tyler had offers from Abilene Christian, Air Force, Alabama A&M, Army, and many other schools, but chose to commit to Colorado State University eager to make a lasting impact on their team. Tyler Quinn is definitely someone to look out for as his season continues as Duncanville faces matchups against traditional rivals DeSoto and Cedar Hill, and top-ranked IMG Academy from Bradenton, Florida.

Do you play any other sports? Talk about your positions and how they help you on the football field.

My biggest challenge is I’m 6’2. That’s not really that big for my position, but it’s good because it helps me with my leverage.

We got to state the last two years, but I’m actually trying to win it this year.

What is one football moment you can never forget?

One I probably won’t forget is when we lost the state championship with three seconds left, on a hail mary.

What are your strengths as both an athlete and a person?

As a person, I feel like I’m just a fun person to be around. As an athlete, I always try to get the best out of everybody I’m playing with.

Football has taught me that you pretty much have to help somebody when they can’t help themselves. You may have to sacrifice and do what you can to help people.

The atmosphere you get to play in! The fans and everything.

Just trust the process. Everything won’t always be easy, but if you work hard it’ll pay off.

My favorite NFL player as far as my position is Khalil Mack. My favorite overall player is Julio Jones.

I play because I know I want to be able to pay back my parents for all they’ve done for me. I know they’ve sacrificed a lot.

As a Duncanville football player, I know the pressure to perform well is high. What is it like being under that spotlight and how do you handle the pressure?

I mean, I just want to practice because I know whoever we play will play their best game against us just because of who we are. I know I have to perform at a certain standard. Just because of the school I’m at.

I don’t play it a lot but sometimes I play the game if someone’s here. Other than that, I like to play card games and stuff like that, spades.

I saw that you committed to Colorado State. What made that specific school different than the rest of the schools that offered you?

It’s just the love they show me. I talk to them almost every day. They talk about how I’m going to make an impact when I’m there and how much they want me to be there, their coaching staff. It felt like a good fit!

I think I’ll study either business or engineering. I feel like I’m good with numbers as far as the business and I like to work with my hands for the engineering part.

What challenges did you come across in getting to where you are at today?

I go to Duncanville, so I know I’ve always been at a talented school. I would say I’ve always had some good people in front of me, so that part. Having to work for a spot and earning a starting spot. 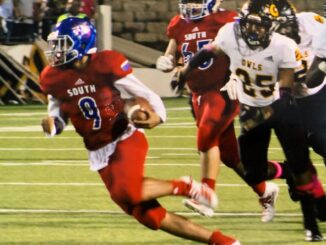 Diamond In the Rough: Jalil Brown 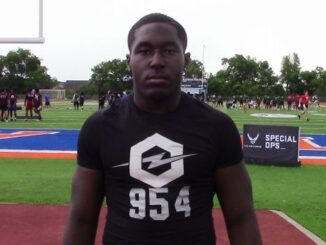 Diamond In The Rough: Renard Gwynn 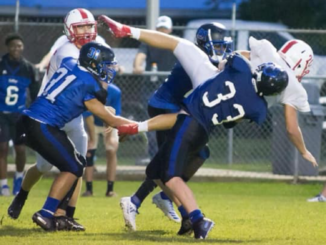