Assumption high is a 4A high school located in Napoleonville Louisiana and is home to the Assumption High Mustangs. We spoke with the football head coach Anthony Paine about his team. When asked to describe his team overall heading into the 2016 season, Paine said that he has players with a lot of experience and a good number of returning starters. He feels that the experience that his team has will work in favor for the Mustangs this season, his players also have a lot of determination and heart and it shows in the practices that have been held so far.

Coach Paine also stated that his team should be competitive in the district and remain that way if his team remains healthy. He does not have many injured players at the moment and if that stays the same then the mustangs should perform well in their games.

Paine stated that his players play well collectively and have a passion for the game. The players want to perform well and put as much effort as they can into their football as well as the classroom. The players prefer to view themselves as a unit and feed off of each other in the good and bad times.

The mustangs fell to St. Martinville as well as Terrebonne, but performed well in well-played games until the end. The Mustangs continue their schedule against Lakeshore High, then completes September play against the Walker Wildcats. Coach Paine and the mustangs look forward to the remainder of the season and for future success on and off the field. 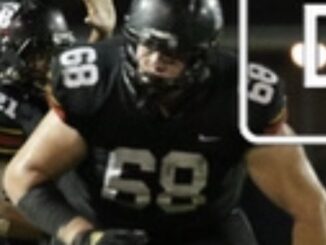 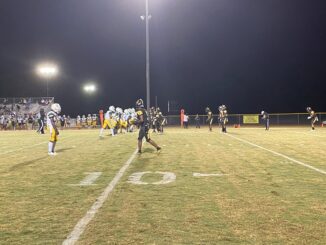