Randall played quarterback for LSU, Tennessee Titans and Green Bay Packers of the National Football League. During his career at LSU, Randall threw for 2,845 yards, 18 touchdowns and 12 interceptions. He also threw the game-winning touchdown against Kentucky in 2002, now known as the “Bluegrass Miracle“.

Eric Randall was a quarterback for Southern University who led the team to a Black College National Championship in 1995. In his four seasons with Southern (1992 to 1995), the team won the Southwestern Athletic Conference championship twice. Randall attended Glen Oaks High School in Baton Rouge, Louisiana. He is the current athletic director and head football coach at Baker High School. He is the brother of former LSU quarterback Marcus Randall, who signed as a linebacker with the Green Bay Packers. Randall is married to the former Angela Washington and has four children. In May 2010, he was inducted into Southern’s Sports Hall of Fame.

This years LGF All-Star Bowl game is poised to be one of the best high school All-Star games in the country. Not only is there so much talent form all over the state of Louisiana but the coaches are some of the best as well. 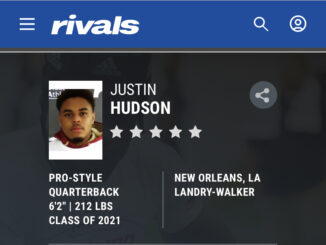